Why Is Delilah Leaving ‘A Million Little Things’ Season 4? Will She Ever Return From France? 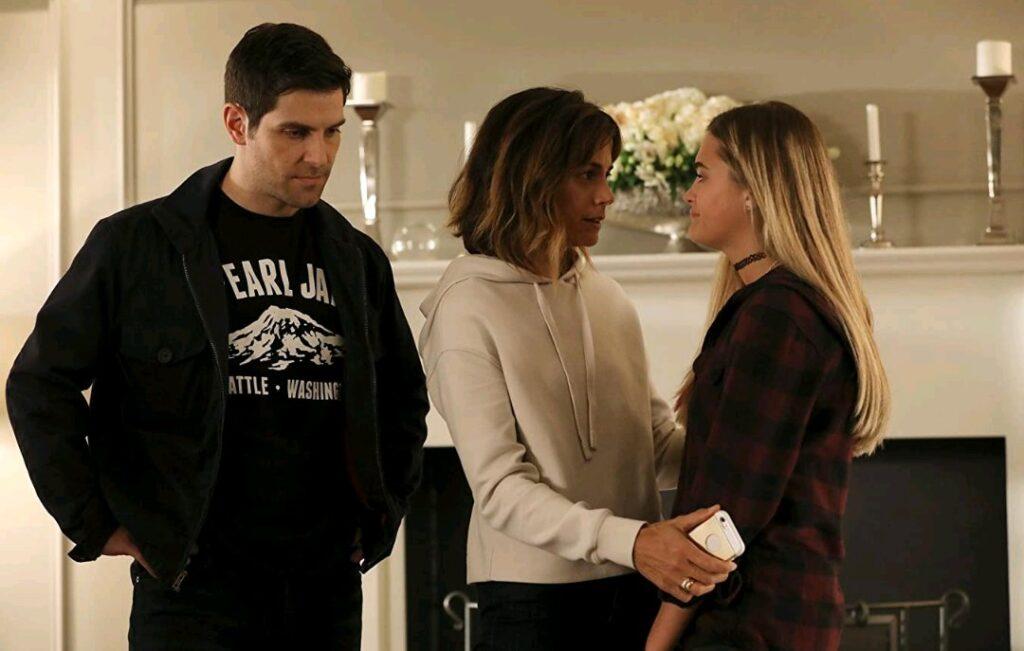 After A Million Little Things Season 4 Episode 1, viewers cannot believe that Delilah Dixon (Stephanie Szostak) is leaving for France again. In season 3, she left her children to travel to France with her father. However, when the coronavirus (COVID-19) pandemic hit, Delilah could no longer travel home to Boston. All season long, fans wondered where Delilah went and if she might ever return. Now, after the premiere of season 4, it’s happening again.
[Spoiler alert: This article contains spoilers from A Million Little Things Season 4 Premiere, Episode 1, ‘Family First.’]
In the A Million Little Things Season 3 finale, Delilah finally returned from France; however, she also had a blowout fight with her children and Gary Mendez (James Roday Rodriguez). Delilah told Sophie (Lizzy Greene), Danny (Chance Hurstfield), and Gary that she wanted to move the family to France. However, both children voiced that they did not want to leave. Gary couldn’t believe that Delilah wanted to leave again after everything she missed with her teenage children.
The anticipation is still building.
RELATED: ‘A Million Little Things’: What Happened to Delilah’s Boyfriend, Miles?
When A Million Little Things Season 4 opened, Delilah received a call that her father had a stroke and might not make it through the night. Sophie confided in her brother that she couldn’t handle being strong for her mother once again. So, Danny stepped up and insisted that he travel to France with Delilah. Later, Sophie talks with her mother, and the two realize that Sophie will stay in Boston, but Delilah is leaving to head to France.
In the last few minutes of the episode, Sophie gathered the entire friend group for one last “Pizza night” together before Delilah’s move to France. Delilah explained that being in Boston and at the family’s house reminds her too much of her husband, Jon (Ron Livingston). He died by suicide in the A Million Little Things Season 1 premiere. Delilah was happier in France, and for her mental health is leaving to move there.
Since Delilah is leaving to heading right back to France in A Million Little Things, many viewers want to know if Szostak is off the show. Creator and executive producer DJ Nash explained to TV Line why she’s leaving again so soon.
The France storyline is back again because the coronavirus quarantine period is still required to enter Canada. Szostak lives in Connecticut with her husband and two sons. However, A Million Little Things films in Vancouver, British Columbia. Before the pandemic, the actor traveled back and forth every few days for filming and then to be with her family.

RELATED: ‘A Million Little Things’ Season 4 Won’t Be the Last Season According to Show Boss
“She has, for the first two seasons, lived away from her boys and her husband,” he told the outlet. However, she can no longer go back and forth “because the second she stepped out of Canada, there was a 14-day reset. So we wrote her out for [Season 3], thinking, ‘Oh, she’ll be back.’ And then she said, ‘I really need to be with my family more, I don’t want to do all the episodes.’”
For A Million Little Things Season 4, the producers switched Szostak from a series regular to a recurring character. Delilah will return to the show, but not as often as she did in seasons 1 and 2.
“She’s in a couple early on, and then I know where we’re going for the season finale,” Nash told TVLine. “And then hopefully in the middle, if she’s able to and we have the stories for it, we’ll do that, as well. I’m hoping we see her more than we saw her last year.”
A Million Little Things Season 4 airs Wednesdays at 10 p.m. EST on ABC and is available for streaming the next day on Hulu.